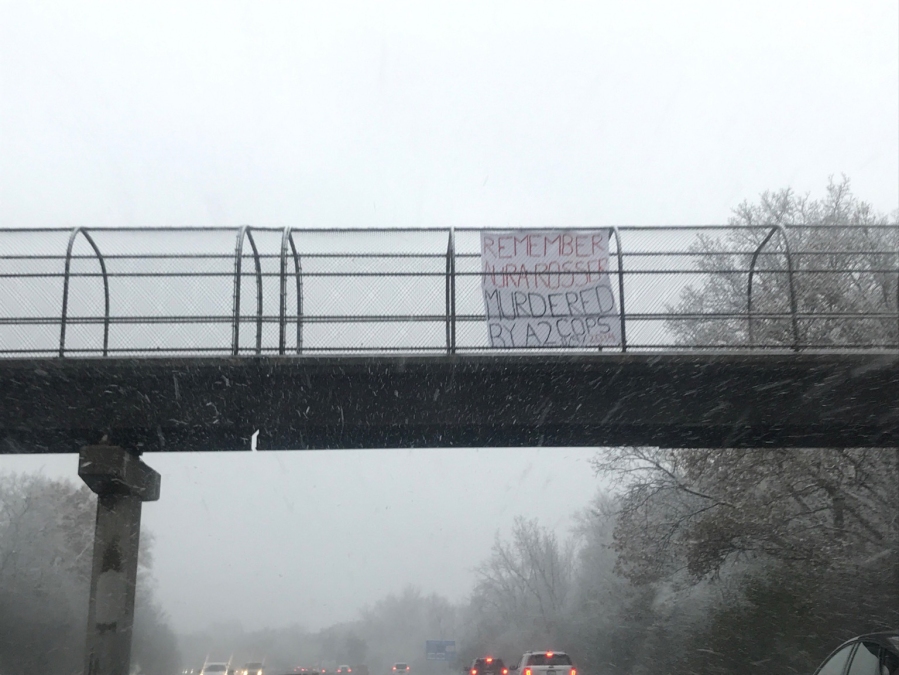 On the snowy morning of Friday, November 9th, a banner was hung on a pedestrian overpass over I-94 in Ann Arbor to greet workers as they commuted into the city. Reading “Remember Aura Rosser, Murdered by A2 Cops,” the banner both calls on the passer-by to remember Aura, while directly laying the blame for her death at the feet of the Ann Arbor Police Department.

Aura Rosser was murdered on November 9, 2014 by Ann Arbor police. Ann Arbor police officers Mark Raab and David Ried responded to a police call from Rosser’s partner. Within 5 to 10 seconds of arriving at the home, officer Raab discharged his taser while Ried shot and killed her.

Officer Ried’s decision to kill Aura must be seen within the context of national and international disregard for the lives of Black and Brown people.

Aura was a Black woman, mother of three, an artist, and a Lansing native who moved to Ann Arbor a month before being murdered. By accounts of those who knew and loved her, she was a beautiful, creative, and soulful woman. She was smart and strong, and defended herself against the exploitative men in her life.

We need to commemorate her artistry, her poetry, her motherhood, her being in this world. She had friends and family. She had spirit. She loved. She stood up for herself. She did not need to die. We demand justice for Aura Rosser!

For more information and context: